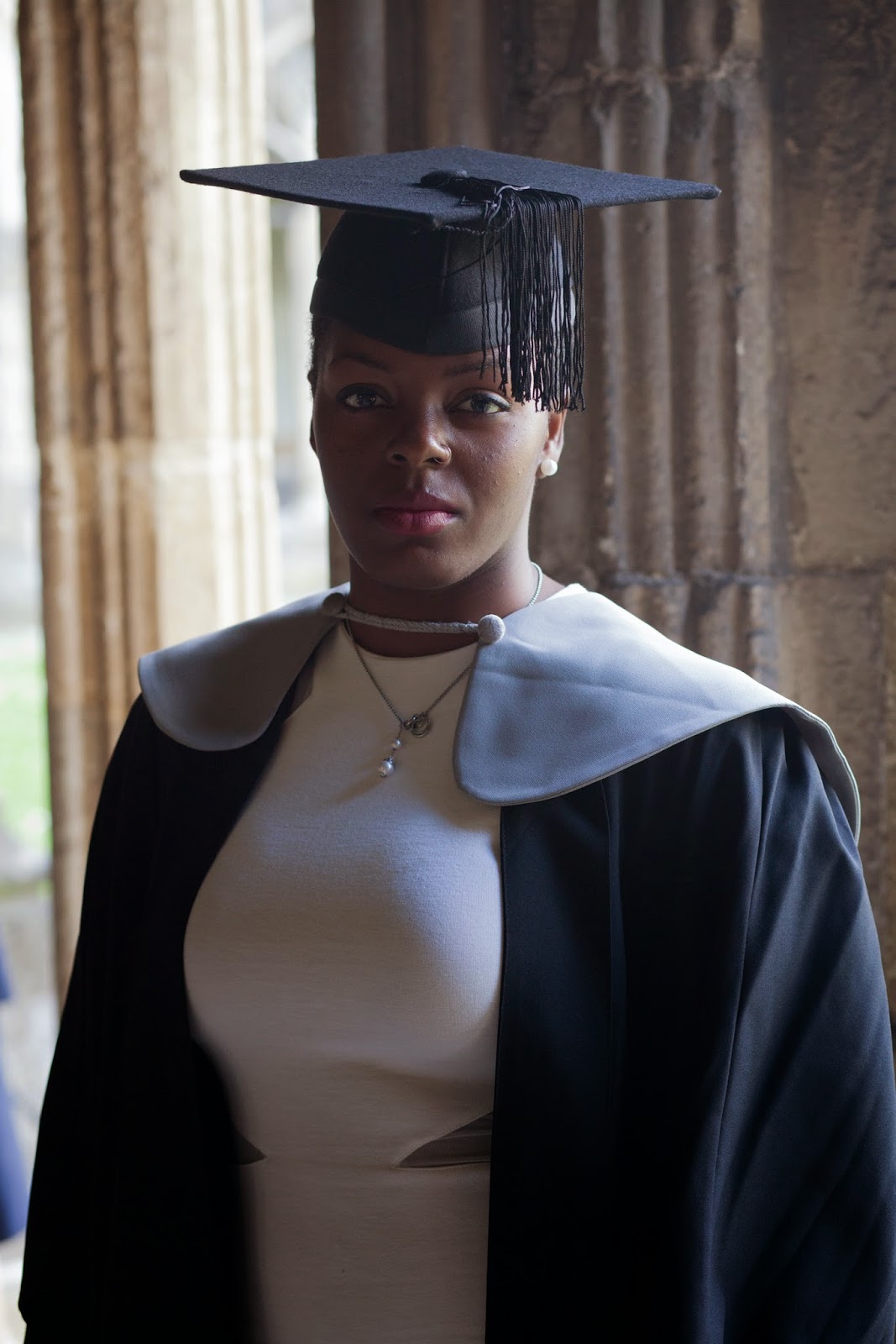 Hi Guys, as of Tuesday, I am officially a Law Graduate!!! After four long years filled with sleepless nights, late night shifts in the library, puzzling essay questions, makeshift meals, carrying heavy books, library fines, boring lectures, jokes, excitement, friendships and an amazing year abroad spent in Amsterdam... I can proudly say that I successfully made it to the end and graduated!!! Glory be to God!! My University experience is definitely one that I will cherish for life. It was during these four years that I learnt the most, not just academically but about life too. I entered University a teenager and came out a woman.

As you can probably imagine and even possibly relate, deciding what to wear for graduation was no easy task. I needed a dress that was of a respectable length being that the ceremony was taking place in cathedral, which is not as easy as it sounds when you measure in at just over 5 ft 9. My heart was set on wearing white from the beginning, as it provides a great contrast to the black gown. I tried on several dresses with little luck until I entered the shop that never fails me, French Connection. To accompany the dress I decided to buy versatile heels that I could wear not only for the ceremony but for many occasions. Stilettos were a no-no for me because of the cobbled floor and weathered stones leading to the cathedral.... a broken ankle was not on my agenda that day. I managed to find heels from Aldo that fitted the bill. 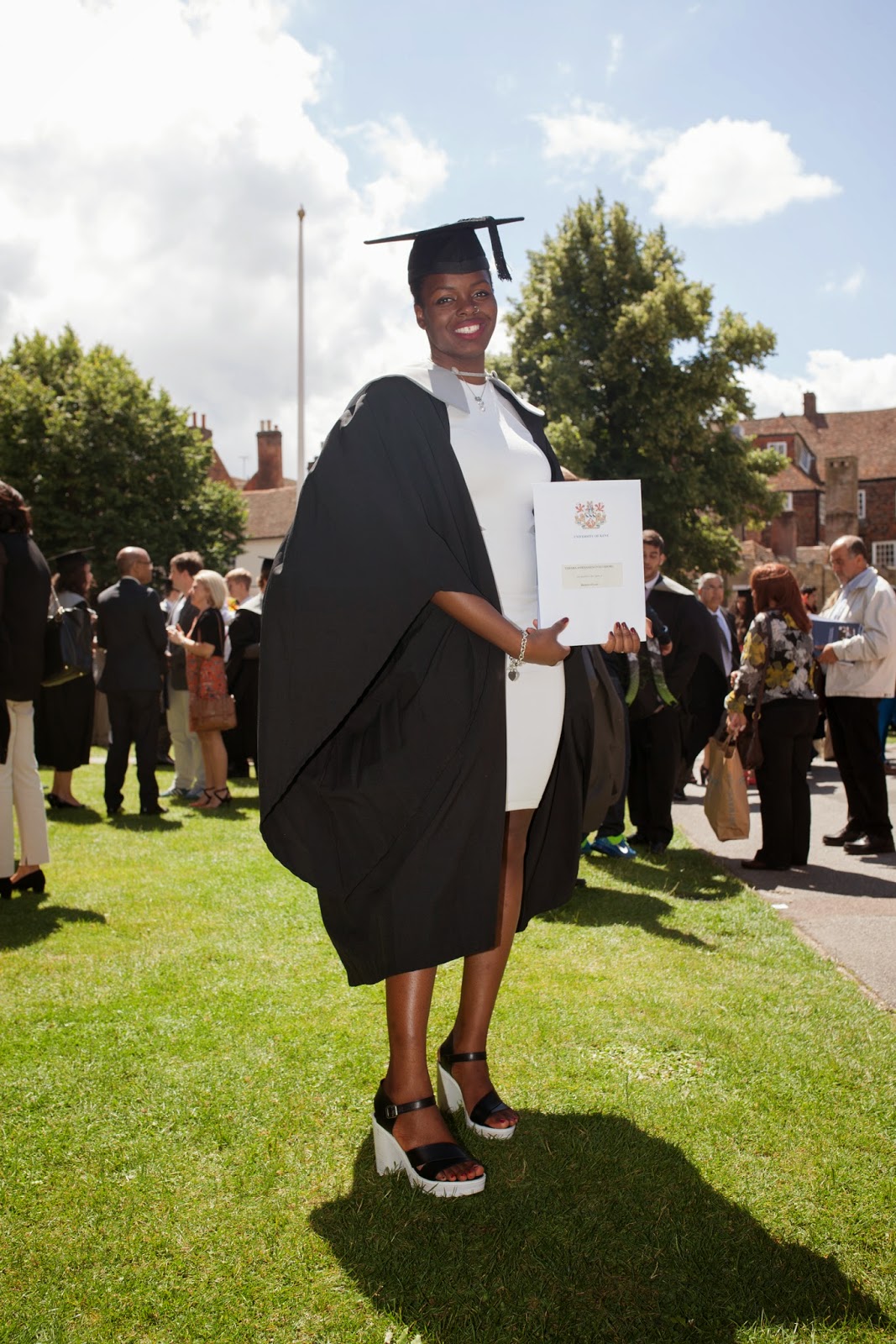 How to wear my hair for graduation appeared to be the biggest challenge. I contemplated straightening it but having not used heat on my hair for over two years, I decided not to. I've seen pictures of other naturals wearing braidouts and twistouts that looked lush but having not personally mastered the technique, I opted for a low bun. A low bun that was not low enough. In the end I put the hat on first and did my bun around it. This was no problem for me, I was simply happy to be there.


May this only be the beginning of my journey and may your dreams and wishes also come true.